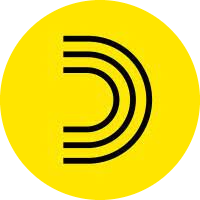 By
Team Daylight
According to multiple credit and lending laws, such as the Fair Housing Act and other similar regulation and policies, discrimination based on gender, sexuality and sexual orientation should not be an issue of contention in contemporary society. But people who have actually gone through the process of applying for a mortgage or other lending products, say that they are being systematically discriminated against by the banks. If you think we are making this up, let’s review the relevant data at our disposal.

Data from a study conducted by the Movement Advancement Project shows that 73% of the LGBTQ+ community living in the US, live in states where there is no explicit policy that prohibits credit discrimination, based on sexual orientation or gender identity.

This means that financial institutions, such as banks, are not enforced to treat their customers on a truly equal basis by the regulator.

Where does this lead?

Researchers from the Iowa State University studied national mortgage data from 1990 to 2015. The patterns they found were surprising – and not in a positive way. The mortgage approval rate for same-sex couples was 3-8% lower compared to heterosexual couples applying for mortgages.

They also studied the correlation between applicants’ socio-economic backgrounds, such as work history and creditworthiness. Similarly, same-sex couples were 73%more likely to be denied than heterosexual couples with the same background.

“The difference in finance fees averaged less than 0.5 percent, but when combined, added up to as much as $86 million annually,”

say the co-authors of the study, Hua Sun and Lei Gao.

What opportunities do we have to change the situation?

Of course, we can push for the policies to be enforced by law. We know that there is some action happening. For example, the 2015 Supreme Court of the United States ruling codified the fundamental right for same-sex couples to marry in all 50 states. However, the legal process is often slow and gradual.

It is not an exaggeration to say that within financial institutions, the pace of change is often even more sluggish than in the public sector. Therefore, we should look to take more control of our own volition. We simply cannot afford to wait for the government to take the  necessary steps. We need to take action on our own, as a community.

Building our bank, based on equal rules

It is an enormous effort for legacy banks to act on changes to internal processes and product rules, particularly at speed. That’s why we need smaller, more agile and modern banks which can be built based on the needs of specific niche groups. We need an LGBTQ+ bank that is created for and cares for the specific demands of the community, and enables people to live equal lives.

If you feel that the current state of the world needs to change, if you think that action needs to be taken, then join us on the way to building a bank specifically for you. Join us at Daylight.