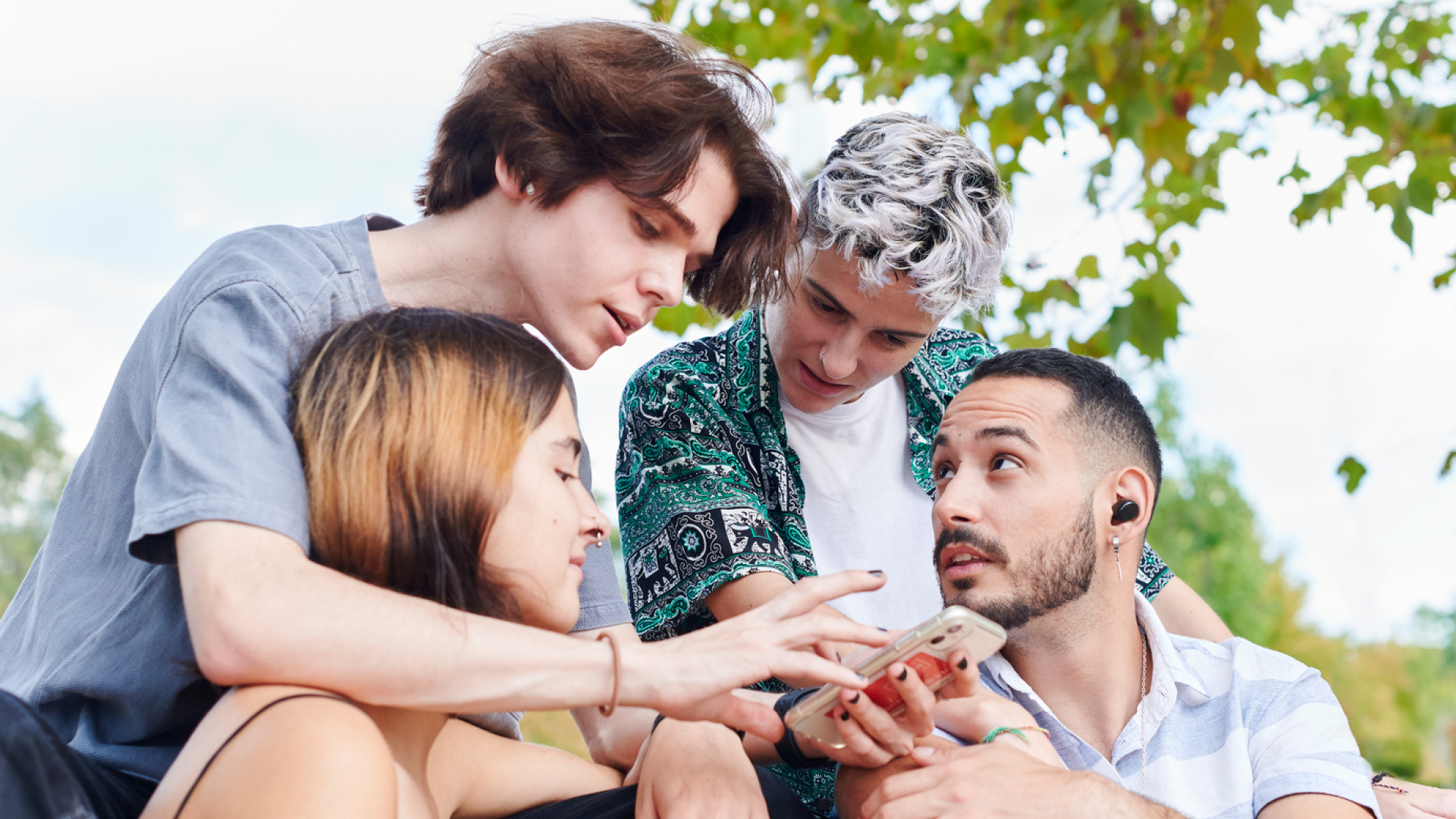 Historically the cost of coming out is high, but recent LGBTQ+ economic findings by financial platform Daylight illustrate that queer empowerment is the future..

For decades, brands have spent millions marketing to LGBTQ+ Americans due to common misconceptions that the community has more spending power than their heterosexual counterparts. These marketing efforts are executed despite the fact that Pew Research Center studies have found that LGBTQ+ Americans are more likely to be underemployed and underpaid than the general population, despite being more educated. However, a tide is currently turning thanks to Gen Z.

• The majority of transgender and non-binary Gen Zers are motivated to prioritize their finances with trusted sources that allow them to have ownership of their identities.

• Gen Z wants to learn how to manage their money — and they expect to do it on the job.

The financial habits of LGBTQ+ Gen Zers not only distinguish themselves in how they’re spending, but also in their desire to trust where their money goes. More than any other generation, LGBTQ+ Gen Zers are pulling away from the “boomer approach” to money, looking for satisfaction in resources designed to help them save for retirement, manage debt and learn how to budget, all from their mobile devices. 50% to 80% of smartphone-owning Gen Z are already using mobile banking (Source: Alphawise, Morgan Stanley research forecasts) and are in need of financial education and support to guide them through a critical period of peak earning potential.

With this in mind, Daylight - a platform furthering the financial well-being of the LGBTQ+ community through advice and banking alternatives - surveyed 250 Gen Z users who identify as part of the LGBTQ+ community in order to uncover how this group views modern finances. Many cited their highest priorities of spending being towards living their best lives and as their truest selves, illustrating that queer empowerment when it comes to finances is the future - thanks to Gen Z.

Gen Zers believe their LGBTQ+ identity negatively impacts their finances, and they're looking for solutions.

A majority of respondents claimed that their identity negatively impacts their finances, and research backs it up: 26 percent of LGBTQ+ Gen Zers believe their finances are impacted by their sexual orientation or gender identity, roughly the same proportion as reported by other generations (Source: Nancy Queer Money Matters). The queer and trans community has $1 trillion spending power in the US and yet 44 percent of LGBTQ+ people consistently struggle to maintain regular savings.

The turning point? Gen Z is expected to be the best-educated generation yet, and they’re motivated to take control of their finances, get out of debt and save for what matters most to them. When asked about financial products and services they would like access to, survey respondents cited gender-affirming healthcare as the highest priority. Although such care is expensive, these users understand that they deserve access to the care that will allow them to live authentically.

For a member of the community to feel empowered, the entire community has to.

The majority of respondents expressed a desire for supporting other members of the community through mutual aid and donations to non-profit organizations. They also expressed motivation to withdraw support from companies that do not support LGBTQIA+ causes - they are interested in putting their money to work for themselves and for the LGBTQ+ community. Not only do they want to learn how to manage their money, they want to learn how to do it as they earn. They want to be able to make the most of their money now, while also saving for the future.

Because individual finances and costs of living are unique, the ways in which LGBTQ+ Gen Zers save and budget looks different. For example, with such a large wealth gap from their peers, it makes it harder for LGBTQ+ Gen Zers impacted to reach the same financial milestones. Those in the LGBTQ+ community wait longer to buy a house, raise a family or make other large financial investments. As a reflection of this, LGBTQ+ Gen Zers are looking to get ahead - spending and saving their money thoughtfully, while also setting savings goals  the smart way with guidance on certain issues that pertain to their communities.

Although only 18 percent of LGBTQ+ Gen Zers believe that they know “a lot” about managing their finances, they also want to take the uncertainty of queer banking. Daylight users surveyed want and need access to savings tools that work for them, and are looking to be armed with encouragement and accountability to maintain savings.

Daylight conducted a nationally representative online survey in January 2022 of 250 Americans who identify as part of the LGBTQIA+ community, aged 18 - 24, to gauge their views on modern day finances.